Go is a fairly new and obscure game in Macedonia. Promoting Go in Macedonia is a project that started from scratch.
Everything was initiated in 2015, when a small group of enthusiast started a Go club in Ohrid. A dozen people gathered every Wednesday to play Go. Like everything starting from scratch, the beginning was difficult: people came and went, but the size of the club stayed nearly the same.
The following year, enthusiasm gave rise to the first tournament in the history of Macedonian Go, the Ohrid Open 2016. For the first tournament we were not aiming high and just wanted to organise something to spread Go culture and introduce the people in Macedonia to this magnificent game. The Ohrid Open was organised in cooperation with the Serbian Go Federation. It was a small tournament that took place at a wonderful location by the Ohrid Lake: 14 players participated, from both Macedonia and Serbia. We were surprised by the sincere interest, especially of children and teenagers, and it was the first milestone in Macedonian Go history.
After the tournament, we continued promoting Go, in the media, on the web, and through social networks. We set up the first Macedonian webpage about Go (www.igrajgo.rf.gd) and also an online Go group, which further helped in terms of public exposure.
Soon after that Macedonia became part of Kim Ouweleen’s 2016 EGF Yearbook, and was included on the EGF webpage, which attracted international players. Consequently, 2017 was a great year for Go club Ohrid. The club was visited by several  foreign players, giving Macedonian Go players opportunity to play and learn. In 2018, the focus is on promoting Go in other towns and organising the Ohrid Open 2018. 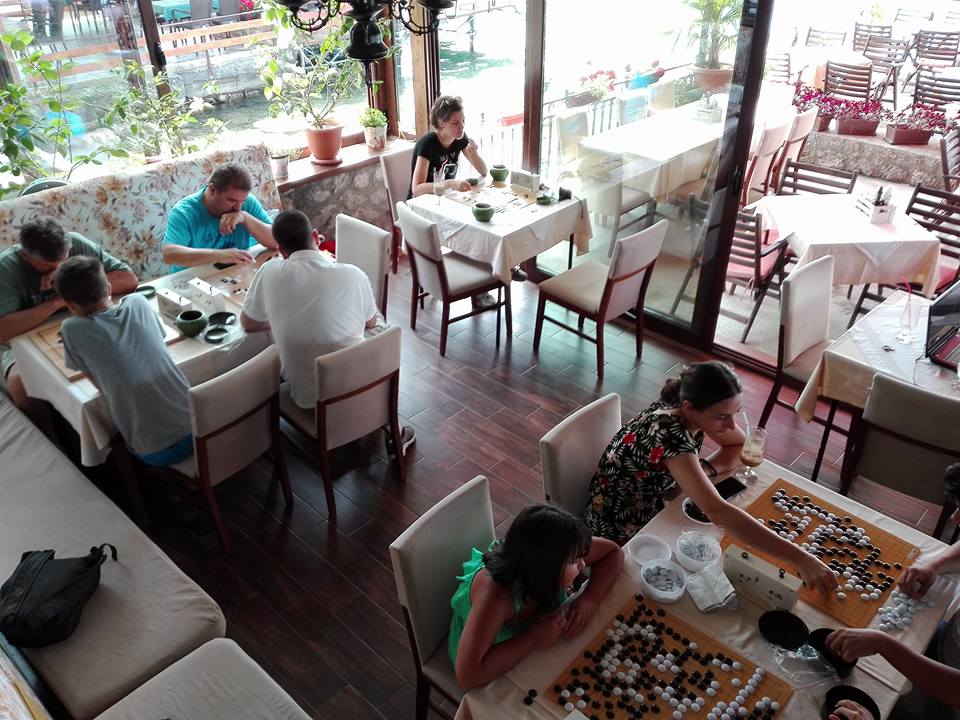 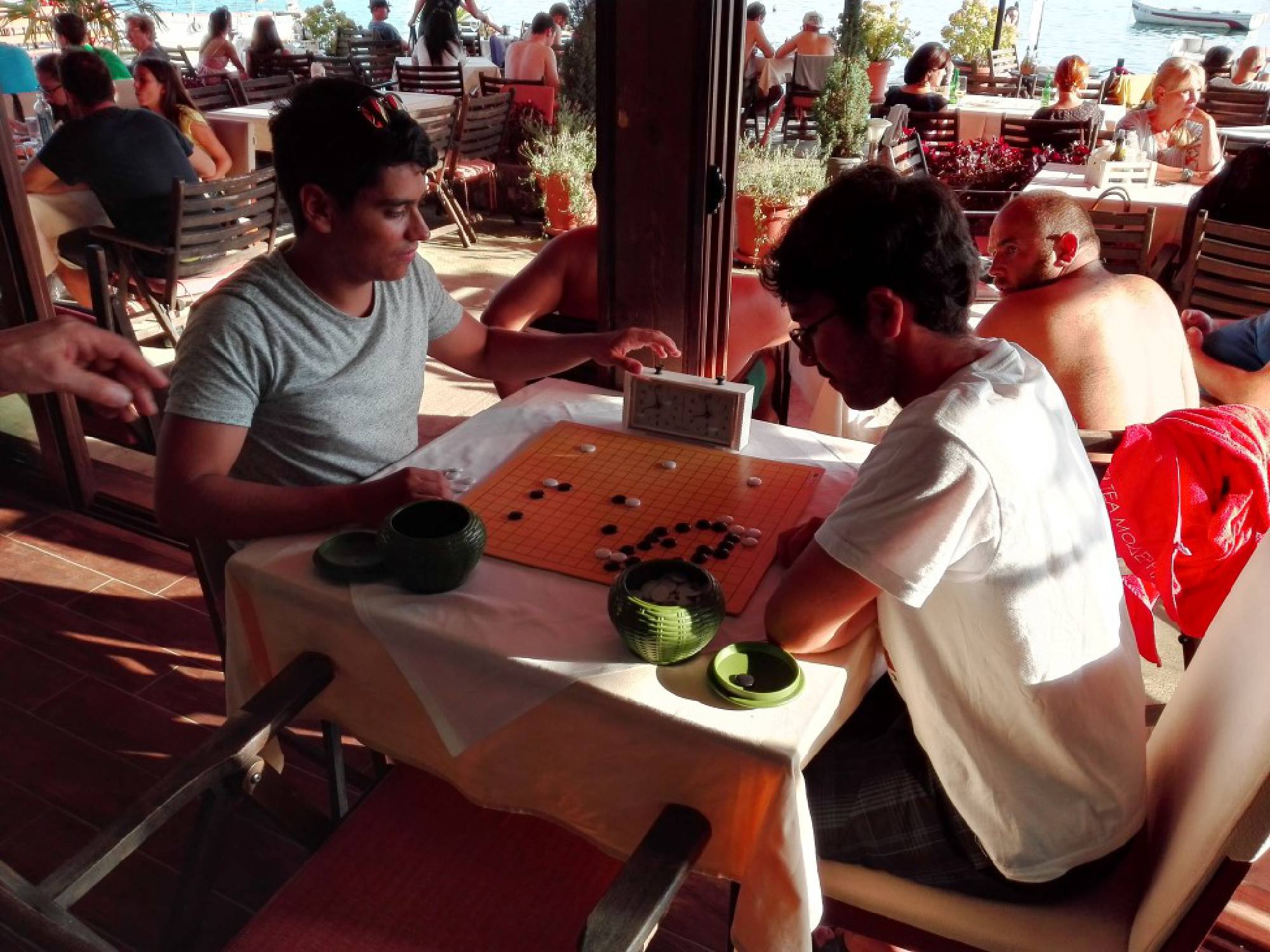 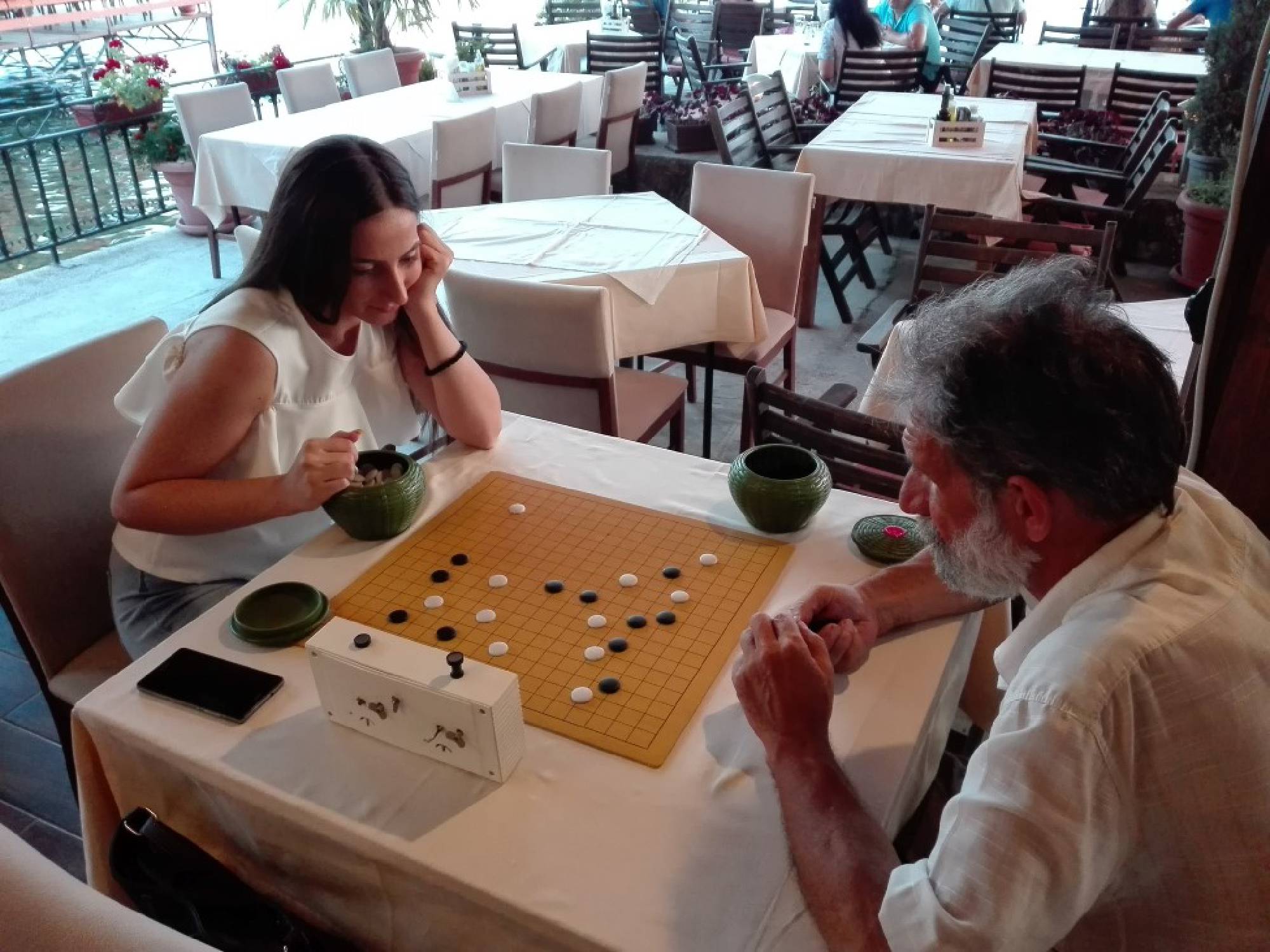 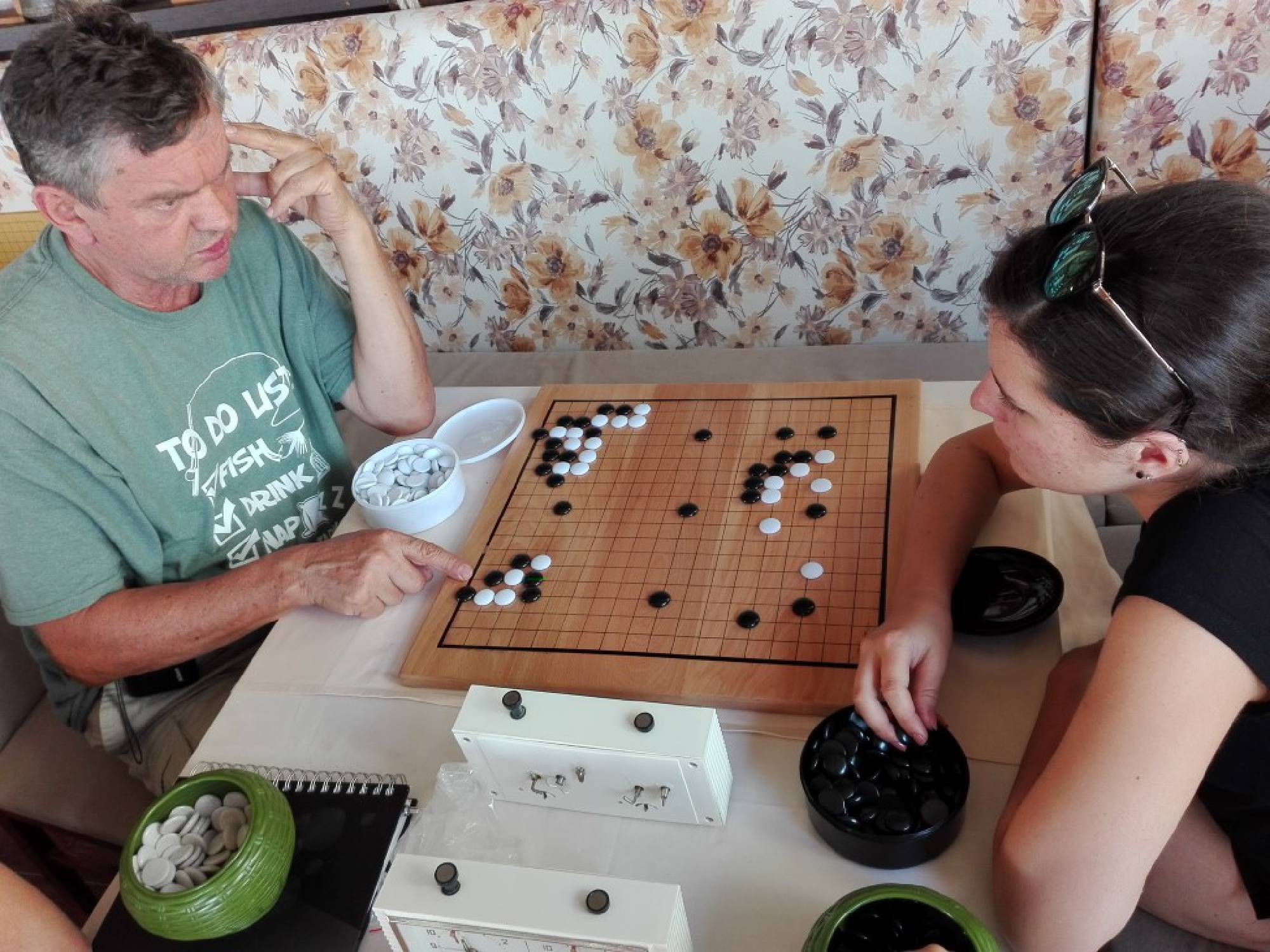 Public exposure of the game and building a bigger playerbase through promotion.
The main objective is to motivate people to start playing the game in Macedonia. The inherent qualities of Go will help in the acceptance and spreading of it: Go is a mixture of sport and long traditions, which promotes international contact and friendship.

Our target groups are teenagers and young adults up to 25 years of age. These target groups can become wider at a later stage, when people in other age categories show interest, because there are no limits in age, sex and nationality.

Because Go has similarities with chess, which has been a popular game in Macedonia in the past, we can use the qualities that can be found in both games and emphasise the good aspects of Go, making it popular among this target group.

Registering school Go workshops, where children can participate voluntarily to learn and play the game. After these workshops, our main goal will be to create Go clubs across the country. And finally, we aim for the formation of Macedonian Federation, which would coordinate all clubs and workshops, and organise regional and national tournaments and leagues.

The project is financed only by our own budget.

Media coverage of the Ohrid Open 2018 would definitely spark a public interest for the game.

The Go culture in Macedonia has just started to grow. Today, Go players in Macedonia are small in number and live in different towns, but I hope that step by step the Go community will become bigger and one day the country will become an official member of the EGF and will have many excellent players. 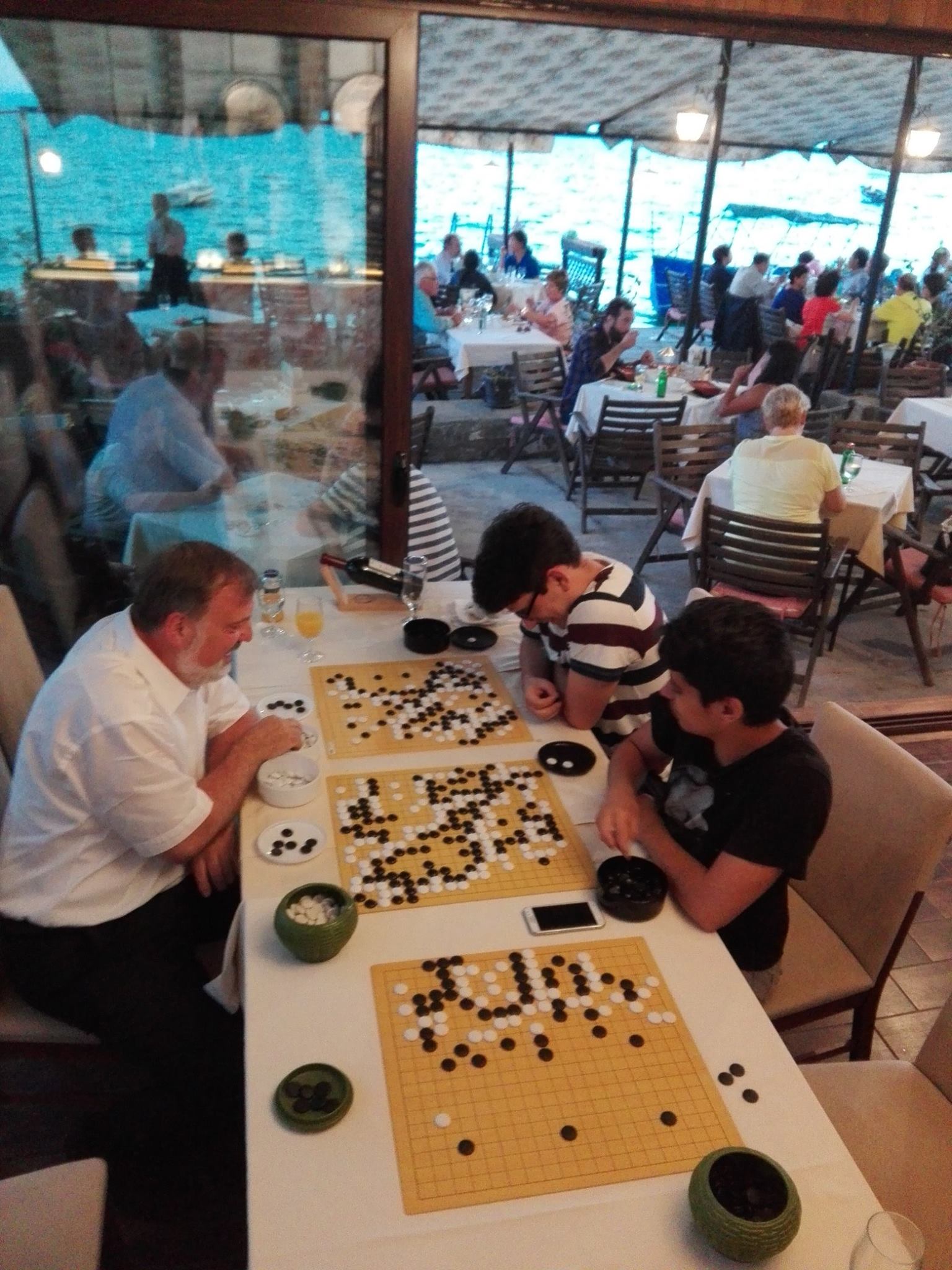 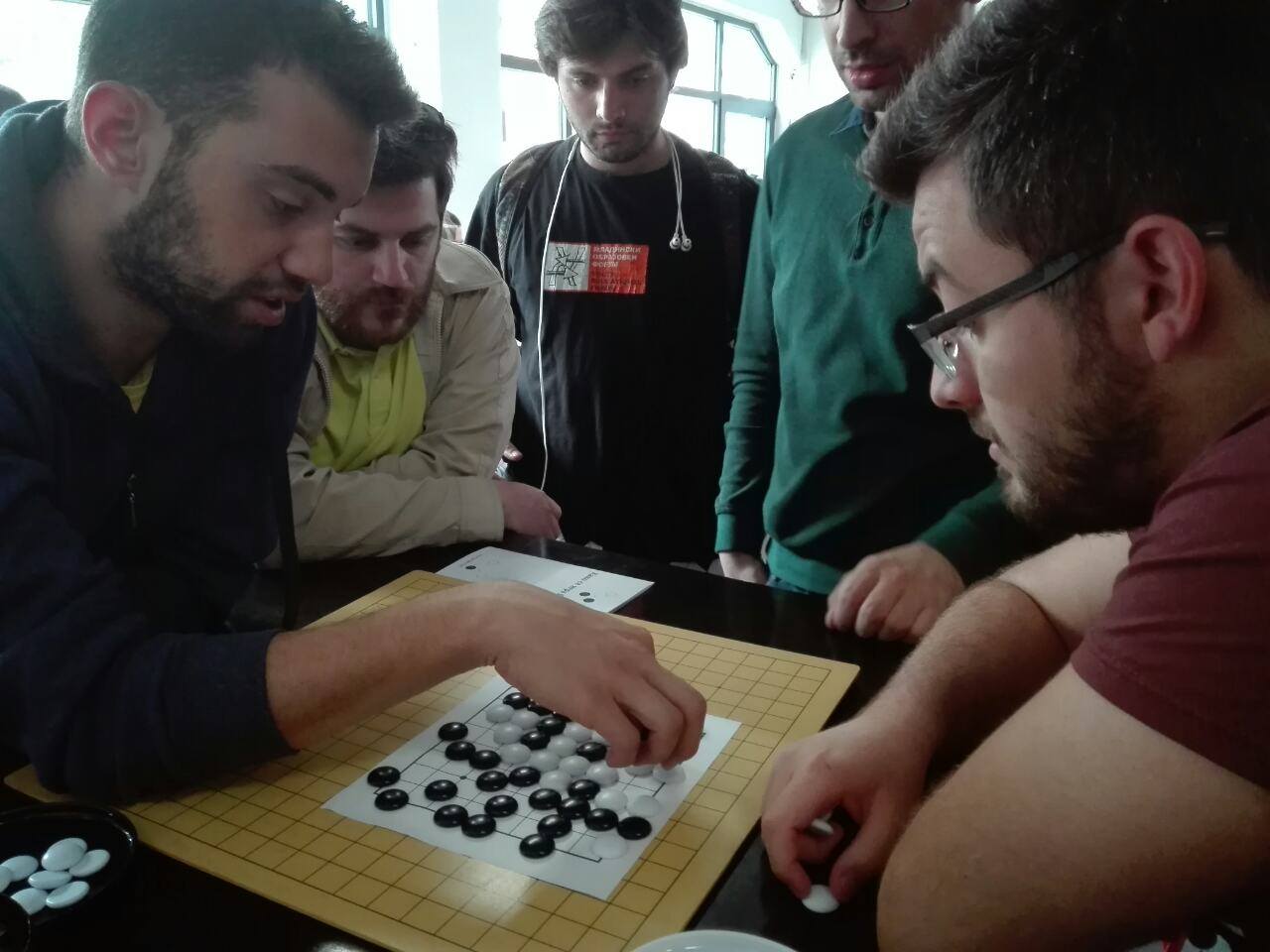