RA-Go is an Augmented Reality Go Interface. With a camera and a projector, this application allows a local player to play on a real board while playing against an online opponent. Their off-site opponent (this can be a player on an online server or a computer) has his or her moves projected on the board.

The main goal is to allow Go players to play against their online opponents through a natural interface: on a real life go board. Many Go players have experienced the differences between playing on a computer and on a real board. Some of them even report playing differently acording to the interface used.

RA-Go aims to provide Go players with an easy interface to directly play Go online, on their own real board.

Since this proposal is a software human-machine interface, its main result is its hability to provide a fluent interaction for Go players.
Thus, if the project succeeds to match its accessibility goals, the application could be used by everyone.

Another side result is the potential use of the camera detection side to record and broadcast live games on online servers during tournaments.

The computer interface is based on qGo.

Intially provided for the Go players' community, the association of Go with a leading technology as Augmented Reality acts as an amplifier. This project brings Go in unusual places like leading technologies symposiums.

Our current main goal is to simplify the access to this sofware in order to make it easily usable during local tournaments.

On a technical point of view, some issues can still be improved, in particular the capture of stones and the userinterface.

Every developing contribution is welcome. See our GitHub above. 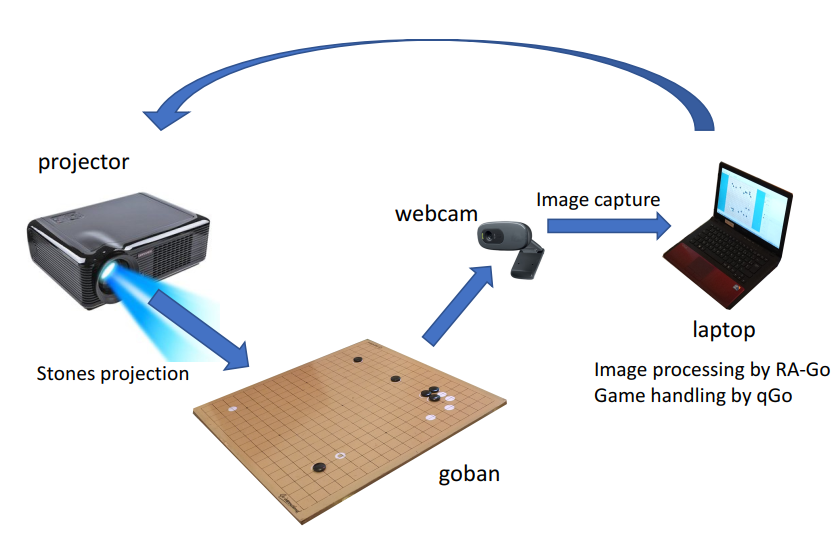 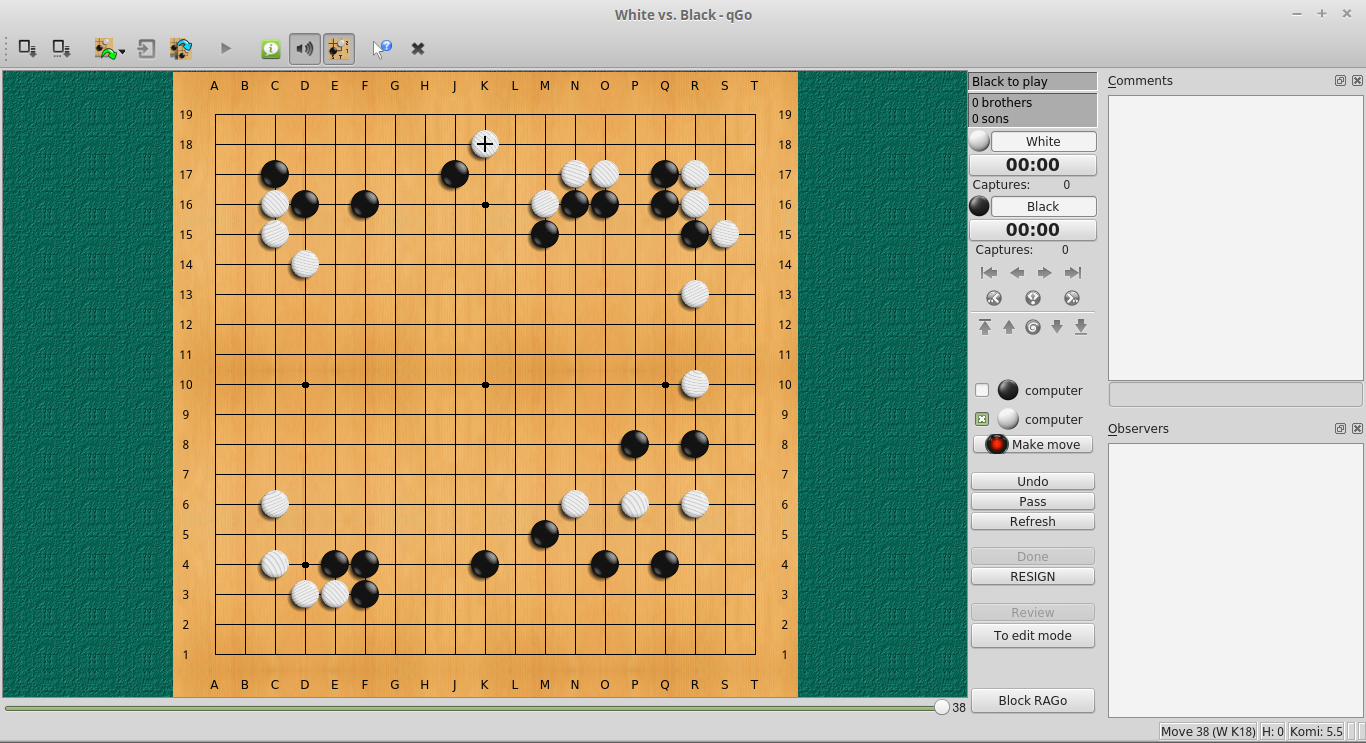 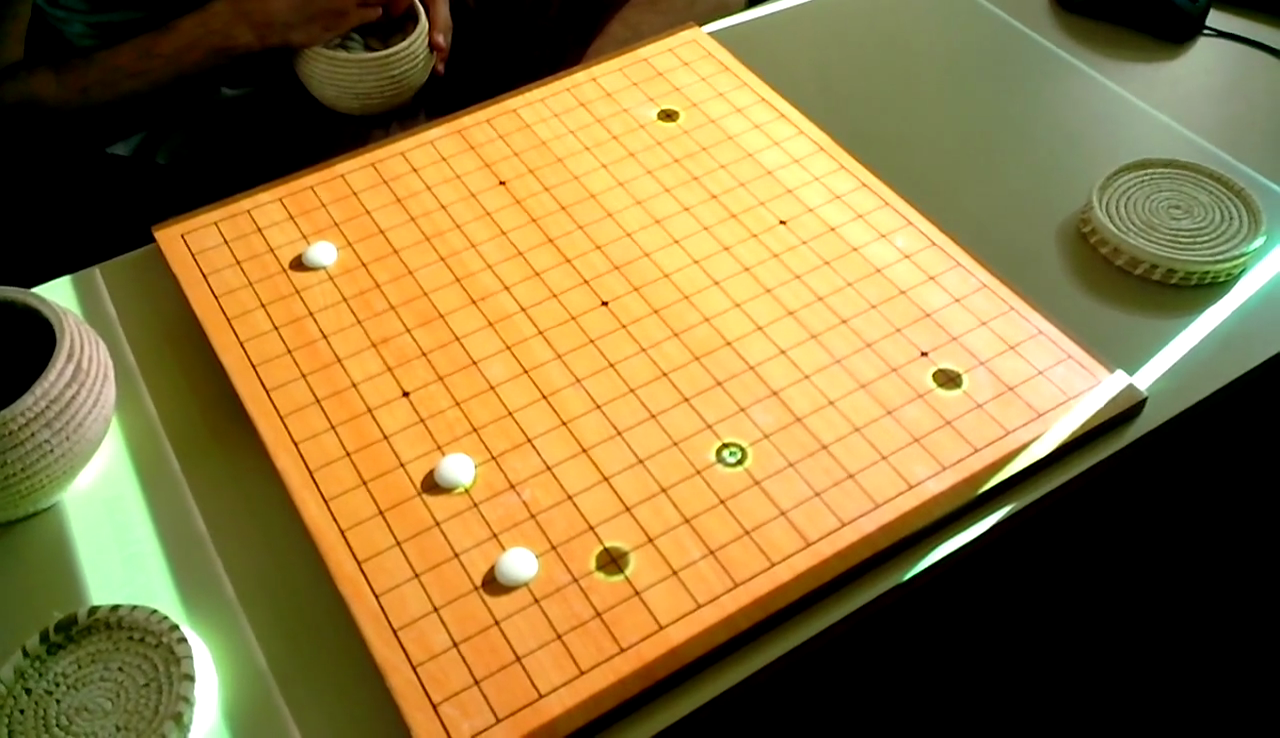