The Expansion of Go as a Recreational Sport in Cuban Society

Cuba is a country in which a great variety of sports is practised. It is also the country of origin of world chess champion José Raúl Capablanca. Some games are very popular in Cuba, such as baseball and boxing. But there are also sports, like Go, that go completely unnoticed, both to the media and to most followers of sport in general.

This project aims to expand Go as a recreational sport in society, a game introduced relatively recently in Cuba. Go has the potential to elevate the recreational options for our children, adolescents and adults, and additionally can be an effective tool for the strengthening of moral, cultural and cognitive values, as well as for the learning of skills and techniques; for the sustainable management of nature, the practice of outdoor activities and their application for the mitigation of the effects of Global Climate Change.

Train players in order to:
• Design the sites for the practice of Go in different spaces.
• Take advantage of outdoor education in the formation of moral values, practical knowledge, skills and abilities in our youth and the population in general.
• Guide people and serve as instructors for the practice of Go.
• Develop the exchange of educational experiences and use of the possibilities and particularities of each area.
• Develop specific techniques of mental training and skills for a multiplication of practitioners. 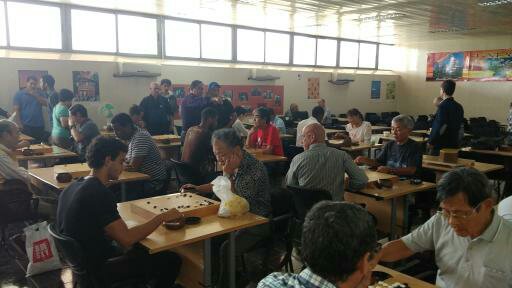 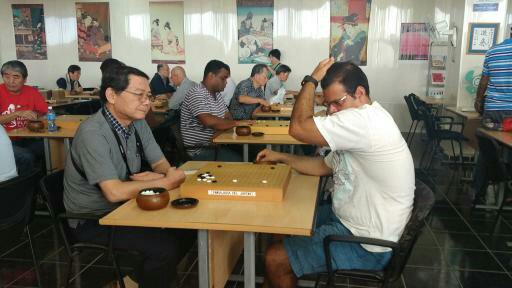 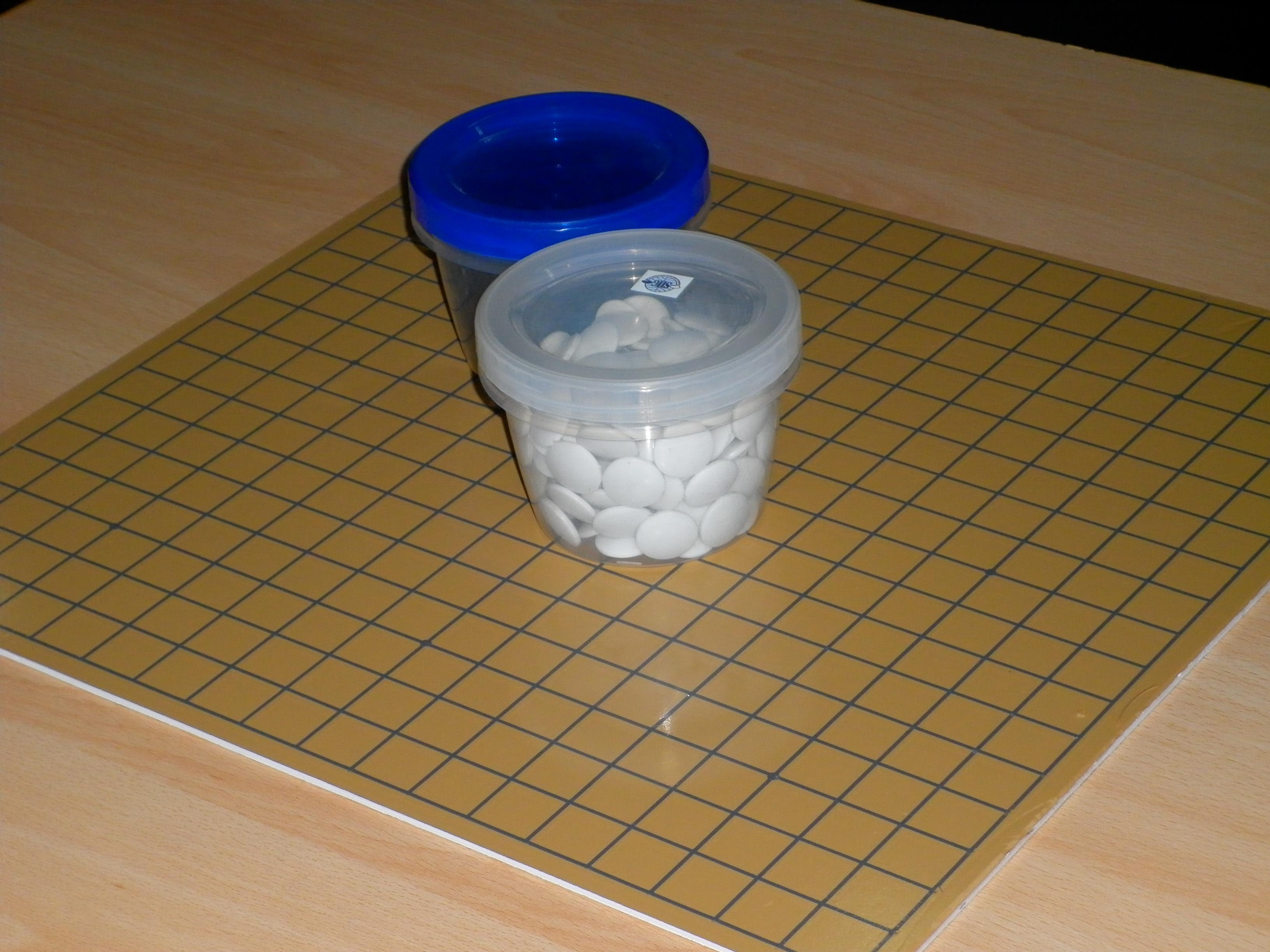 Continue to improve a line of development, massification and practice of Go, a little-known mindsport in our country, as well as a scientific exploration of the main movements, skills and potential for its practice in Cuba.

To establish the project, two phases are proposed that would be carried out simultaneously and in coordination:

In both phases the most important need is to have Go sets at hand, which is the main difficulty of this project.
The implementation presupposes the following actions:

1. Manufacturing of Go sets in the country.
2. Historical knowledge, updating and future projection for the next years.
3. Design of fundamental programs and strategies.
4. Establishment of strategic alliances with other ministries and public organisations.
5. Dissemination through the mass media.
6. Agreements with State entities and other government institutions.
7. Conformation of an interdisciplinary work team.
8. Systems of incorporation of interested in teaching.
9. Design of specific programs.
10. Execution.
11. Evaluation.

It is believed that the first practitioners of Go in Cuba came forth from the first Asian migrations in the late eighteenth century. The knowledge of the game remained confined to that small group of people. Until 1992, Go was unknown in Cuba, when Mr. Yuichi Sato, the Japanese representative of the company Hino Motors, taught the game to Rafael Torres Miranda. Around that time Rafael Torres Miranda began teaching Go to several interested parties. In 1993, the Institute of Sports, Physical Education and Recreation (INDER - Ministry of Sports) called upon the incipient group of Go players to create the Cuban Go Federation, of which Rafael Torres Miranda became the president. In 1996, Cuba debuted at the 18th Amateur World Go Championship, which was held in Japan.

In 1994, a professional Go player visited Cuba for the first time, sent by the Nihon Ki-in to corroborate the development of the game on the island; sensei Hajime Tokimoto 9 Dan was the first professional player to set foot on Cuban soil. After him, others visited Cuba, amongst which sensei Yoshiaki Nagahara 9 Dan, who visited three times, and sensei Yuki Shigeno 8 Dan.

In 1996, the first Go Academy was founded in Cuba, in the municipality of Playa, and experimental courses started for students of primary and secondary education in the community. The classes were taught by Vadel González Fleitas (a student of Rafael Torres), who had graduated from the University of Sport "Manuel Fajardo" with his thesis on Go, obtaining the highest grade with honours.

The Go Academy taught and evaluated the students through the subject of Physical Education, an agreement between the INDER and the Ministry of Education. The Academy ran for 5 consecutive years and graduated many students; this Academy was the precursor of the current Academy.

In 1998, the first International Go Tournament organised in Latin America was held in Cuba, the "San Cristóbal de la Habana" Tournament, an event that was consolidated for several years as the most important one in Latin America.
In 2000, the first Go Friendship Meeting of Cuba - USA was held, in which more than 30 Americans participated. Cuban players have participated in more than 5 Ibero-American Go Championships, and have been ranked among the three strongest countries in Latin America, a place that was ratified at the XVII Ibero-American Go Championship held in Havana in 2015, surpassed only by Brazil and Argentina.

In 2004, the Cuba - Japan Friendship Exchanges began to be celebrated in Cuba, with the support of the top management of the INDER (Ministry of Sports), whose president visited the Nihon Ki in in Tokyo twice. From these meetings emerged several joint projects with the International Society of Go Exchange of Japan (SIIG) to continue the development of Go on the island. Among these agreements was a financing for the construction of an Academy and the manufacturing of games, a scholarship for a student of the University of Sport for one year for their preparation in Japan, and to send an amateur Go teacher to help the performance of the players in Cuba. All these agreements were fulfilled.

In Cuba, Go is known and practised in all the provinces. A wide program of Competences and Courses is developed in all the levels, which has allowed the massiveness of its practice; among the most advanced provinces are those of Santi Spirit, Camagüey and Santiago de Cuba. It is estimated that there are over 2.000 Go players in Cuba and in the Register of Categories of the Cuban Academy of Go 696 players are recognised, of which 653 are in the Kyu Category and 42 are in the Dan Category.

Projects of this type will have an impact on the entire population and the increase of Go players and promoters on the island. 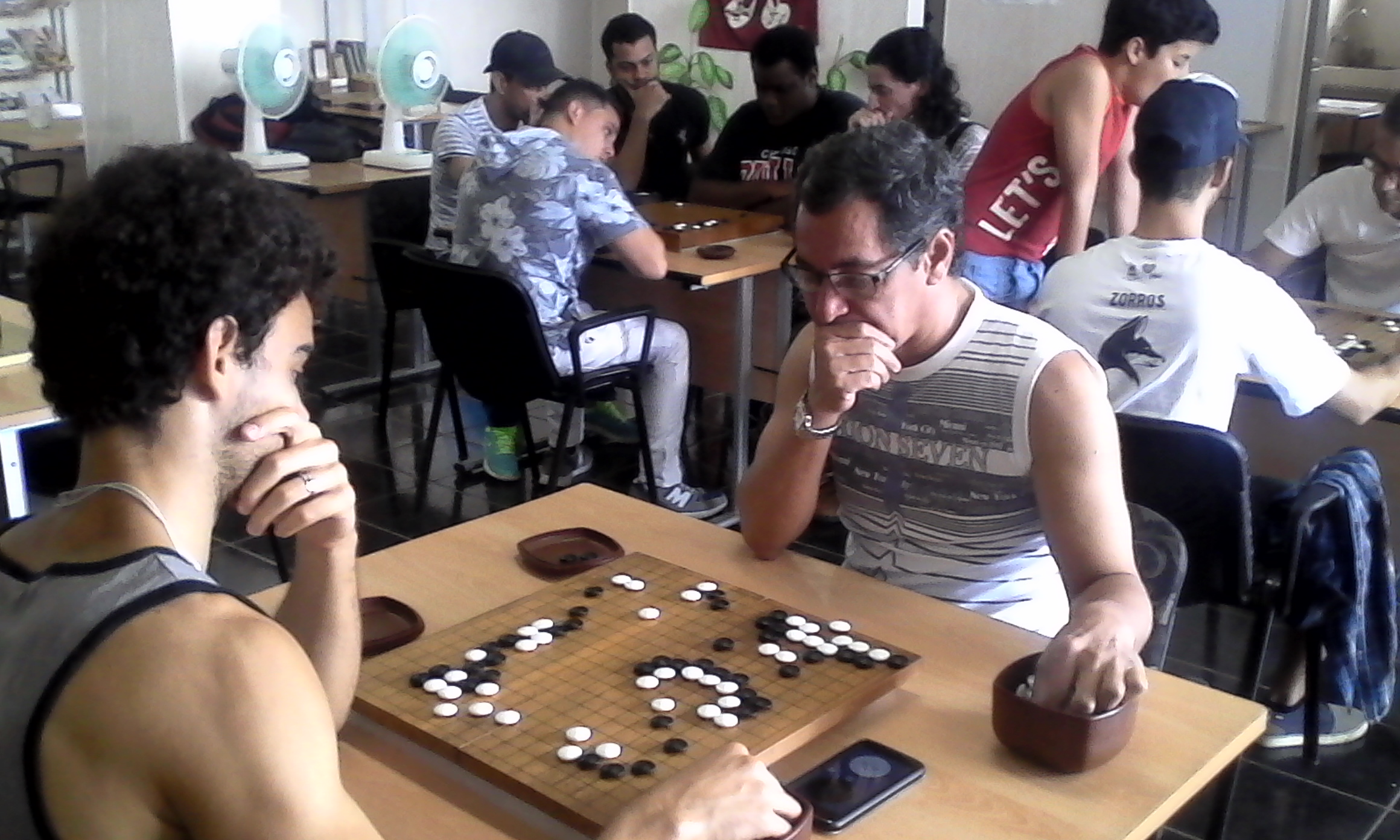 The Cuban Academy of Go uses its own installation as a platform. Please visit our Facebook page.

The principals who contributed to the project are:
- The Japan Foundation.
- Sports Industry of the Ministry of Sport.
- The President of the Cuban Go Academy.

The financial resources were granted by the Japan Foundation and the Sports Industry of the Ministry of Sports.

A plan for improvement is established that responds to the level of development achieved and to develop the activity in the country through teachers and activists with the possibility of counting games, this being the main difficulty, this plan is developed in coordination with the National Recreation Directorate of the Ministry of Sports, schools and universities.

• Teacher preparation course.
• Optional Course for students of the university.

We expect to multiply the number of Go players, by opening new spaces for their practice, and to make Go into a popular game in Cuba. 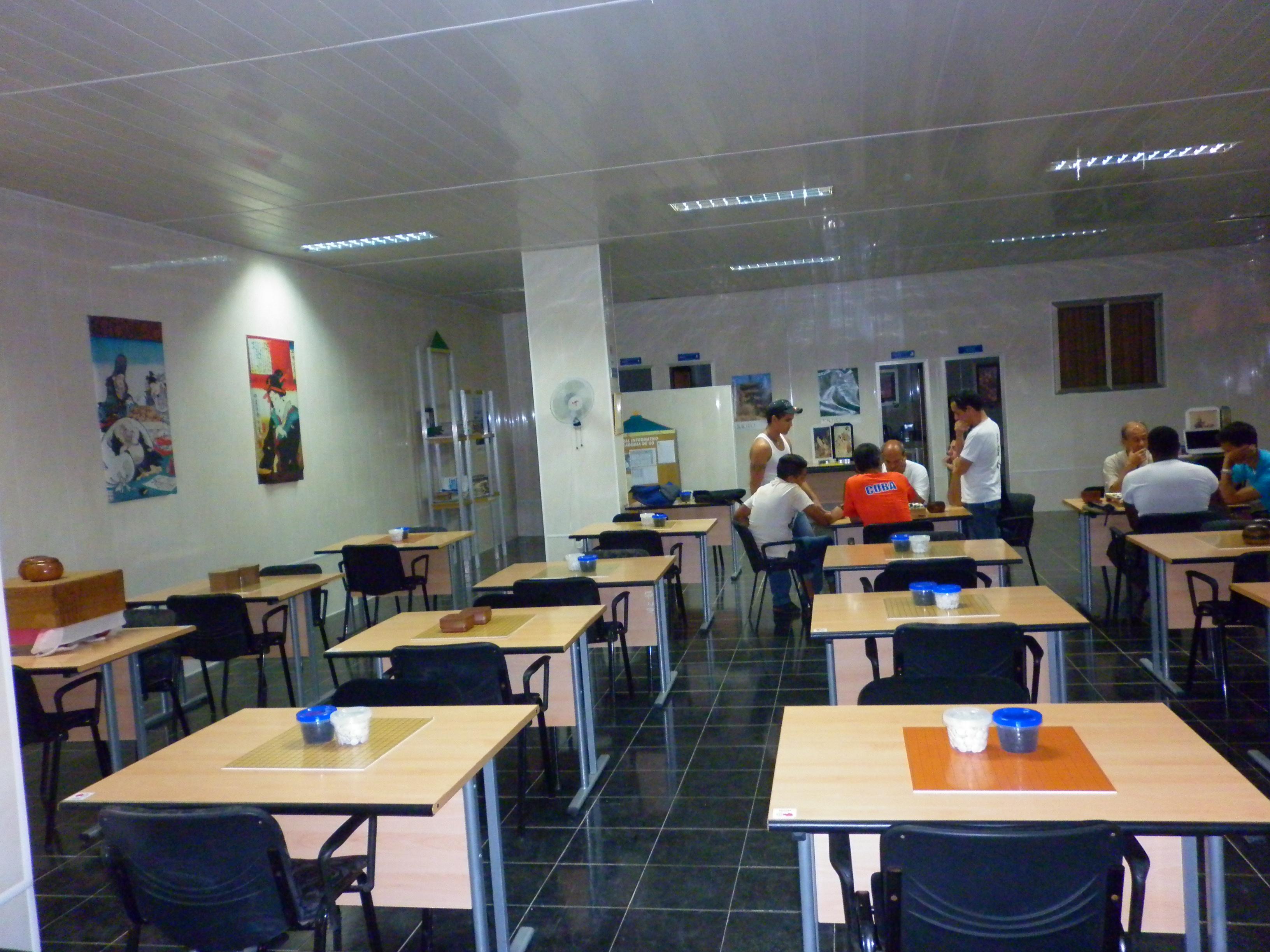