Be! Be Present, Be Visible

Actually this is more of a state of mind than a project. And it is not something new, but is something that we ignore so much, especially here in ex communist countries where secrecy is more "natural" than open communication. This "project" started from the need of finding and sharing information. And I do not submit this entry to compete for the award (there are better projects that deserve to win), but to raise the awareness in the matter of communication. In the timeline I presented only my activity in this matter which is minor, because I acted at personal level, but in Romania are others who have done real work. By far the most important is Gheorghe Paun who published a book for beginners, one with 250 Go problems and numerous articles about Go. These books and articles published 30 years ago are the foundation of our Go community. Next one as importance is a site, romaniango.org created by Radu Baciu, a regretted mentor of our community. Two other recent projects are the ProGo magazine by Chis Dorin (Kiru), and Despre Go site by Constantin Ghioc (Titi), both activities defunct now, mainly because of lack of support from us the rest of community.

The main aim is to make more visible the Go activity, results, achievements resources and everything else concerning the Game of Go. In other words to open channels of communication, mainly inside Go community, so the target is the regular Go player, but the main focus on the ones involved in organizing, promoting. The second target is the non playing population who needs to stumble now and then on news about top results in competitions, regular Go activity, stories and telltales about the benefits of playing Go.

The best result was offered by the thing in which I invested the least effort, the go discussion group. where our community in a decade and a half exchanged over 21k messages In this article http://brailago.ro/nou/?p=6597 I presented (in Romanian) a statistic about this activity. Second one is the site of our local Go association, in present is the only active site where those interested can find news, stories and many other things about Go. And not the least I hope that all my published articles helped our community to be better informed, and motivated other Go players to write online.. The results of my work are far too low under what I dreamed. One of two, or my dreams are too much unrealistic :) or I am quite inefficient :(

The exposure was mainly the Romanian Go community, and locally in schools where I and other members of my club promoted Go to children. 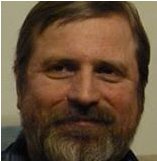 Only personal time, and some occasional contributions from other Go players willing to contribute with articles.

Personal budget and contribution from Iulian Toma for domain and hosting. For those interested, my advice is to take a look at the British Go Association site, and the British Go Journal, work that inspired me, and more, to find and encourage all those willing to write and contribute. Without positive feedback and support, any enthusiast will stop sooner or later.

The project is near its end, the only future being continuing to maintain the local association site as long as I still have energy for it. To finish the dictionary Go terms. And finally to publish on paper this dictionary and the 10 lessons course for beginners that I wrote and posted online, These two publications on paper will be donated to public libraries and schools.

The only wish is that the idea of communication and public exposure to be better understood by all of those who cares about the Game of Go, and hence their efforts in organizing and promoting being more efficient. Right now it happens that even extraordinary events like an European Go Congress have no echoes outside of the playing site, or being an European champion, or quite on top of the western amateur Go players, the only news about this can be the ones published by yourself on Facebook and shared by friends.

I know that not all things are destined for success, or maybe can be considered a waste of time and resources, or the majority may consider it pointless, as are two of my initiatives, one named "Thankses" which I carried for two years, brailago.ro/m2010 and brailago.ro/m2011, abandoned too soon. I still think that is a good idea that all initiatives and activities of those involved in promoting and organizing should be registered and vouched by the whole community along with recording the other side of the coin, wrong activity, so at need we will know who to praise and who to avoid at need. The other one is recent still in work rogotomb.gq. This is designed to be an archive where to preserve sites and material which will be otherwise lost in time. I named it tomb because the dust will bury anyway, and majority will consider it a waste, and only historians will likely take a look at it. I omitted these two from the timeline knowing that they are controversial.