Go: Education for the Competition of Life

Since 2010, the project is repeated annually on the same pattern: in September-October, instructor FRGo Codrin Vasiloanc? visit kindergartens and schools in the cities of Br?ila and Gala?i, present demonstrative lessons to the 5 to 10 years old pupils in order to get a selection annual basis comprising between 60 and 80 practitioners.
Lessons are structured in 2-3 steps: Go's presentation in the form of stories illustrating the basic rules, then as a martial art and as a competitive discipline involving the organization of mini competitions of atari-Go (elementary level playing) on 9x9 boards; students who began the study in previous years are following regular weekly study program, which includes tactical and strategic preparation through competitive games and lesson games.
The project is being developed in the schools and kidergartens of the metropolitan area of the cites Br?ila and Galatzi, Romania - these towns are separated by a 20 km distance, so being so close one to another they form together a metropolitan zone. All the conclusive activities are registered in the EGD database. Promoting and implementing Go in the 5-10 years children area (kindergartens and primary schools) as:

On the long term, the project aims to create a significant population of Go players in Br?ila-Gala?i metropolitan area and to determine the public recognition of the Go game as a formative discipline superior to chess, both by complexity and by its power to illustrate the philosophical and the moral values of human life. In addition to courses organized in kindergartens and schools, occasionally seminars are organized for persons able to support the development of this activity (http://www.coachingingalati.ro).
On the short term, the project aims the selection of gifted childrens for competitive performance. To this end, the project involves numerous competitions.

The project was started in 2010 and since then it is developing continuous in one year cycles - so, each year the project is started in September and is ended in June.
September to October: promoting phase, introduction of the Go game in kindergartens and schools, distribution of flyers and leaflets.
October to December: courses.
December to January: competitions to consolidate the knowledge.
January to May: courses.
May to August: local, regional and national competitions of Go. 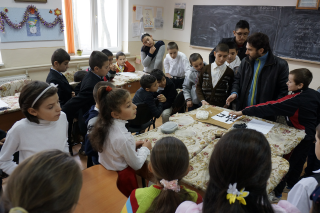 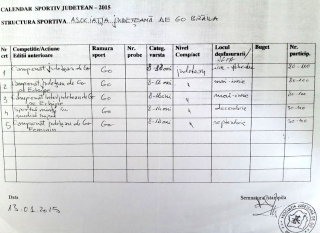 Here is it a list of the most important competitional results of the project in the past few years, presented by the individual performance criteria:

Florin Gabriel Barbu, selected in september 2010, at seven years, in the city of Br?ila, at "St. Ana" Catholic School: 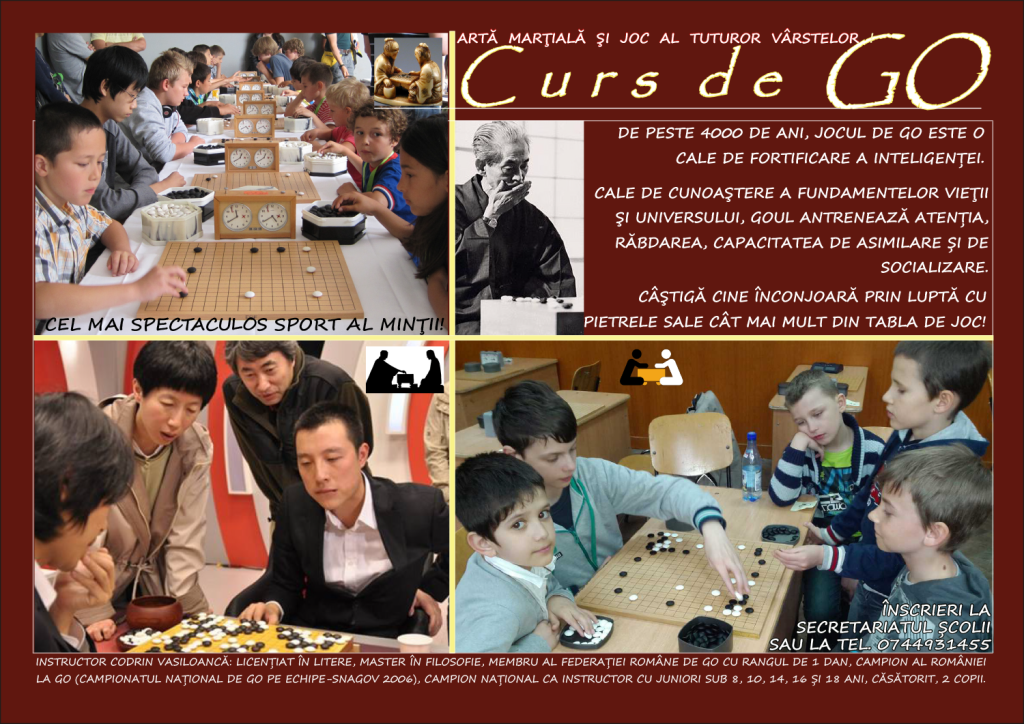 The project is initiated and continuous managed by Codrin Vasiloanc?-Smirnov, in his quality of Go Instructor accredited by the Romanian Go Federation, and represents a full time job.
Occasionally at competitions, the project is supported by third parties, as supervisors and referees.

The project received in the last three years (2013, 2014, 2015) sponsorships from firms in Brila, which partial covered the following: 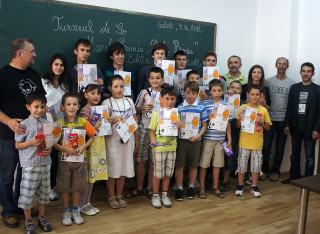 Please visit the danubiango facebook page: In here I present some results of the project reflected by pictures and even a short movie.