My project, a Youtube channel called Dwyrin (youtube.com/dwyrin), spreads go and helps others improve their general level of play. What is particularly unique about this project is that a way had to be discovered to bring knowledge of go to others who may not have otherwise encountered it in an online setting. In other words, there had to be separate draw to the channel, other than go, so that they could discover go while visiting the channel. It's not unlike giving go demonstrations at a bookstore to draw in new players. 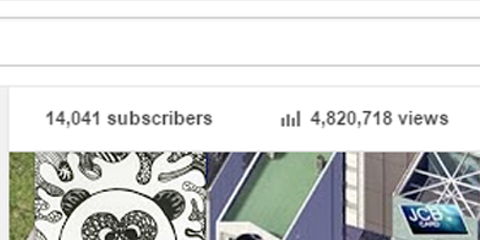 To accomplish this I decided to upload video game playthroughs, and reviews of other strategy games. Thus increasing the likelihood that they would be interested in the greatest strategy game of them all and would discover Go when looking across my channel's other content. With over 14,000 subscribers and 4.8 million views on the channel, and over 100,000 views per month, I daresay I am accomplishing this goal quite thoroughly. Veteran Go players find my channel and learn from my games against high dan level players from IGS, Tygem, Netmarble, and more - learn from the lectures I give every other week, or even simply hear about games I thought were well played and worth study. Meanwhile new players, who haven't heard of the game before, but are interested in strategy games, get exposed to Go and can choose to learn more about it.

The aim of my Youtube channel was a simple one: create www.youtube.com/dwyrin, spread go and help raise the general standard level of players throughout the English speaking Go world. 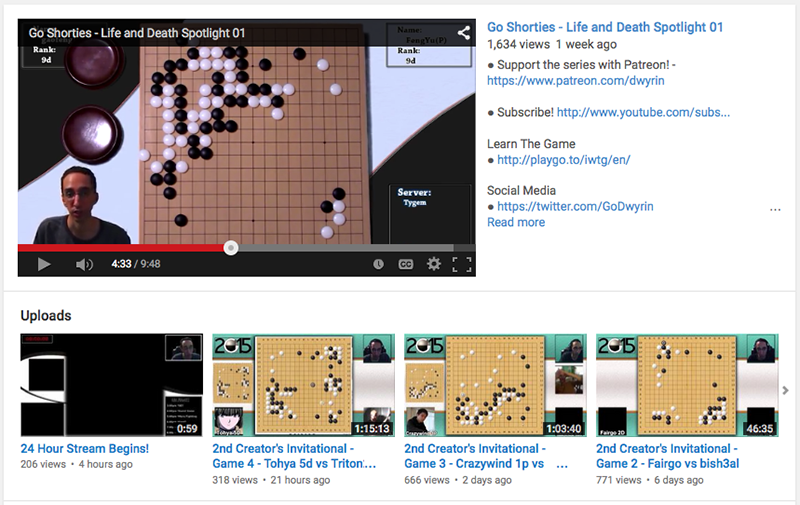 I have tens of thousands of views across many of the go videos I have uploaded to my channel https://www.youtube.com/dwyrin. I am thanked every week for my contributions to the go community and receive e-mails from people telling me how they've struggled with some part of Go that they now understand. I receive e-mails from people stating that they've met others around the world who recommended my videos to them, and when told they already knew who I was, they laughed. I've had couples watch my videos for Go while their partner watches for the other part of my content. I've had a popular streamer take notice and request a lesson, to an audience of over ten thousand of his viewers. Unfortunately it's not all roses. I've had hate mail explaining that I should only put out go videos and stop uploading other videos thus ceasing my attempts to draw new people to go. I've had people send me hate mail complaining about the go videos and how I should only concentrate on the video game videos. There is nothing quite so vile as an anonymous person venting their anger at another without fear of reprisal. You learn to ignore it.

My largest bout of public exposure came from a streamer on twitch.tv who had an audience of around twenty thousand viewers. He took a few lessons and streamed them for his followers. I took great pleasure in telling people where they could learn more about the game those few weeks afterwards.

This is mostly a project of one, however, I have received help from a student of mine who assisted me greatly in the development of the website www.dwyrin.tv to better categorize my videos. And, naturally, I could not draw people to the videos without so many of my fans watching and 'liking' my videos as they are released.

I do receive the occasional donation from those who appreciate the work I'm doing, however, any expenditures for microphones, cameras, computer upgrades etc.. come from my own pocket. 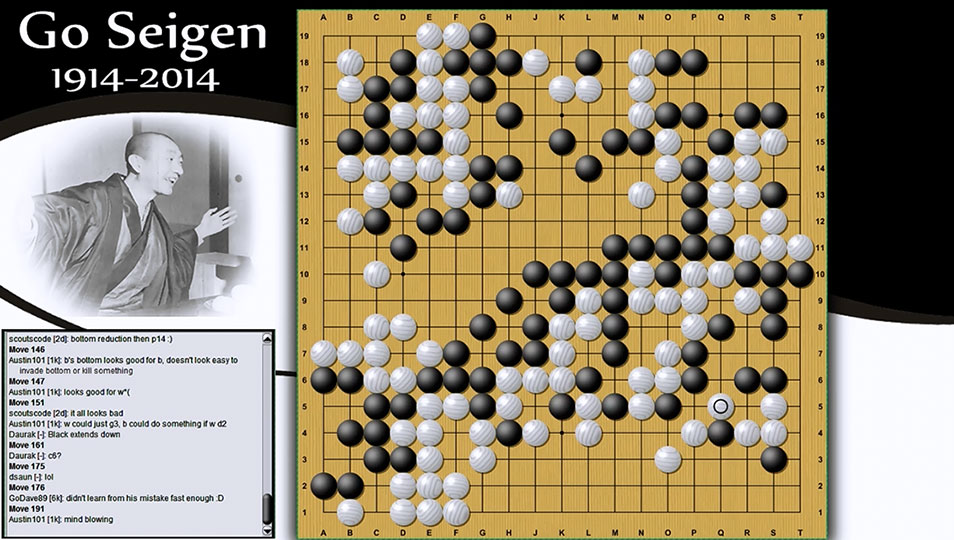 I feel that I've hardly scratched the surface in terms of what kind of videos I can bring the Go community. Go is worldwide. I hope one day I can bring in professional Go players to give lectures on topics my viewers have repeatedly expressed interest in. If I am truly lucky, then one day I might be able to travel abroad with a camera at the ready to introduce my viewers to even more players and show them what Go is like in places they may never be able to visit.

Monetary support is definitely needed to grow beyond the content I am already providing. It's the only way I'd be able to afford to pay professionals to share their insights into the topics my viewers are interested in. It is also the only way to be able to give even more of my time to my projects for their continued learning and enjoyment.

It has been my honor and privilege to create all this wonderful content for the go community. As long as even one person continues to enjoy and learn something from my material, or one person discovers go by being lured onto my channel, I will continue to make videos.